All You Need to Know About Emulsifiers 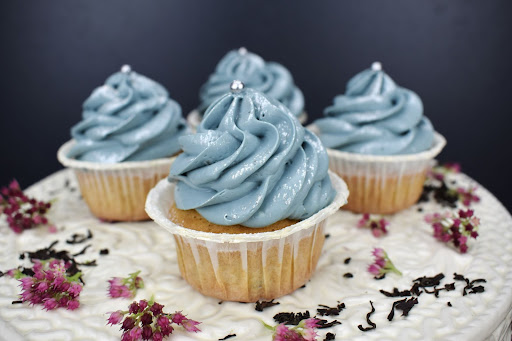 Here are some of the important things that you need to know about emulsifiers.

Emulsifiers can be man-made or naturally occurring. Hydrocolloids are a class of emulsifiers that are widely utilized nowadays. Hydrocolloids are commonly referred to as &quot;gums&quot; because of the texture and consistency they give food. They act as thickening agents and maintain the structure, texture, flavor, and shelf life of a variety of food products. Hydrocolloids can bederived from plants, animals, and aquatic sources. Plant-based hydrocolloids include carrageenan, locust bean gum, pectin, and starch, while animal-based hydrocolloids include chitosan, made from crustacean shells. Food products like mustard, oil, egg yolk, salt, and vinegar can also serve as emulsifiers.

Without emulsifiers like hydrocolloids, you will end up scooping into a layer of fat before getting to the water-based flavors of your yogurt, which no one wants. Emulsifiers also minimize food stickiness and contribute to maintaining a smooth texture and flavor. Ice cream is an ideal example of how emulsifiers lessen stickiness in some foods so that each bite of ice cream is not like chewing toffee.

At Qemi International, we offer emulsifiers that are approved for use as direct food additives and function as dispersants, stabilizers, or solubilizers for other food application formulations. Many of our emulsifiers are made with non-GMO ingredients, and some carry the Project Non-GMO certification. We also offer emulsifiers using RSPO Mass Balance certified palm oil-based components and have non palm options available. Our technical sales team will assist with selecting the correct emulsifier for your specific food processing needs. Read on to learn more about some of the emulsifiers we offer:

Polyglycerol esters of fatty acids, or PGEs, are polymers of glycerin and fatty acids derived from vegetable sources. PGEs can be made with a wide range of HLBs and are popular choices to replace emulsifiers made from synthetic materials such as polysorbates. Our PGEs are approved for use as an emulsifier for food per 21 CFR 172.854 and are Non-GMO compliant.

MDGs are oil-soluble surfactants made via the esterification of glycerin and fatty acids. MDGs have a wide range of approved uses in food per 21 CFR 184.1505 which includes emulsifiers, lubricants, release agents, flavoring adjuvants, formulation aids, and others. We offer both Non- GMO and Non-Palm varieties of MDGs.

PMDGs are derivatives of MDGs, have properties similar to lecithin, and are Non-GMO and allergen-free. PMDGs have a lower viscosity than lecithin and better thermal properties. PMDGs are approved for use as an emulsifier, lubricant, and release agent per 21 CFR 184.1521.

Sorbitan esters are oil-soluble surfactants made by the esterification of sorbitol and fatty acids. They are often combined with water-soluble surfactants, like po9lysorbates, to make stable emulsions. Each sorbitan ester has specific FDA clearance and use restrictions, but is approved as an emulsifier in a wide range of foods.

Polysorbates are water-soluble surfactants that are made by reacting sorbitan esters with ethylene oxide. Each polysorbate has specific FDA clearances and use restrictions, but are approved for a wide range of applications such as emulsifiers, solubilizing and dispersing agent, defoaming agent, and flavoring adjuvant. Non-GMO polysorbates are available upon request.

How Can You Be Sure Emulsifiers Are Safe?

The FDA regularly and carefully reviews the safety of all food additives. Most concerns about food additives target synthetic ingredients that are added to foods. Although emulsifiers are used in small quantities, their abundance in packaged foods has caused many people to wonder if they are safe. In 2017, the FDA reviewed and confirmed the safety of carrageenan, an emulsifier whose safety has been questioned.

Connect with Qemi International Inc to learn more about emulsifiers and obtain the best tailor- made chemical solutions to fit your requirements.